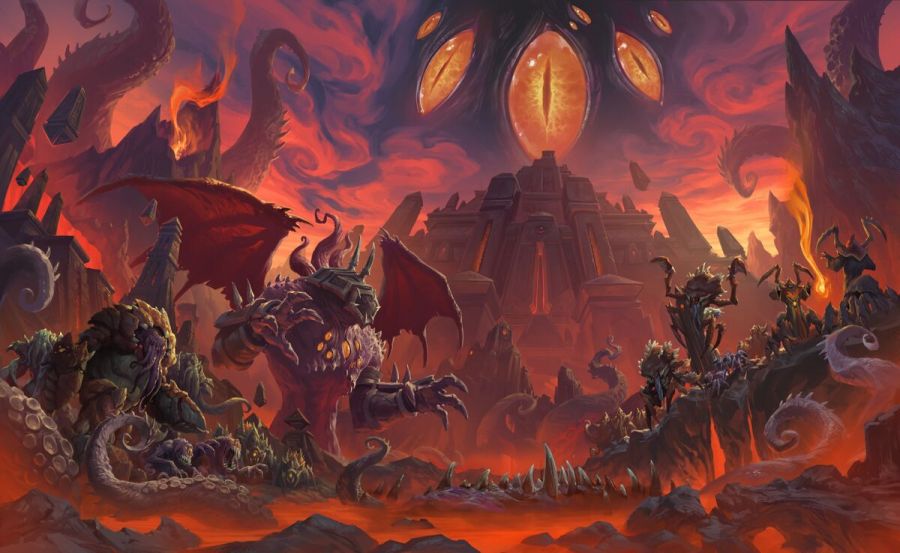 MYTHICC cleared Ny’alotha yesterday on normal difficulty and after checking Warcraft logs, we’re 2nd place WORLD and realm first Mal’ganis again! This means we were the second guild to kill N’zoth on ANY difficulty 🦑 since the first heroic kill came around seven hours later.

Oddly, we’re listed as having cleared the entire raid first probably due to Erudite not properly logging their first 3 kills. It appears as though they either skipped those bosses or had logging issues. Regardless, I’m just going to go by what is posted on WCL because that is probably more accurate… but the recognition is definitely appreciated 🥳!

Now that we’ve got realm first for Battle of Dazar’alor, the Eternal Palace, and Ny’alotha, I’m super excited to see how far the guild goes into mythic! Raid Force One cleared 8/12 heroic last night when the rest of the world hit some walls AND they still have another raid night today.

One thing I really liked about Ny’alotha is the boss diversity. Each encounter is very different from the next, although you might recognize some familiar mechanics, each one still manages to feel unique and fresh. I know my favorite boss is Vexiona 🐉 and the Hivemind 🦟… you see those DPS numbers FLY! You should DEFINITELY take “meme beam” for add encounters, trust me, you won’t regret it. What are yours favorite fights and do you like the raid? Let me know below!